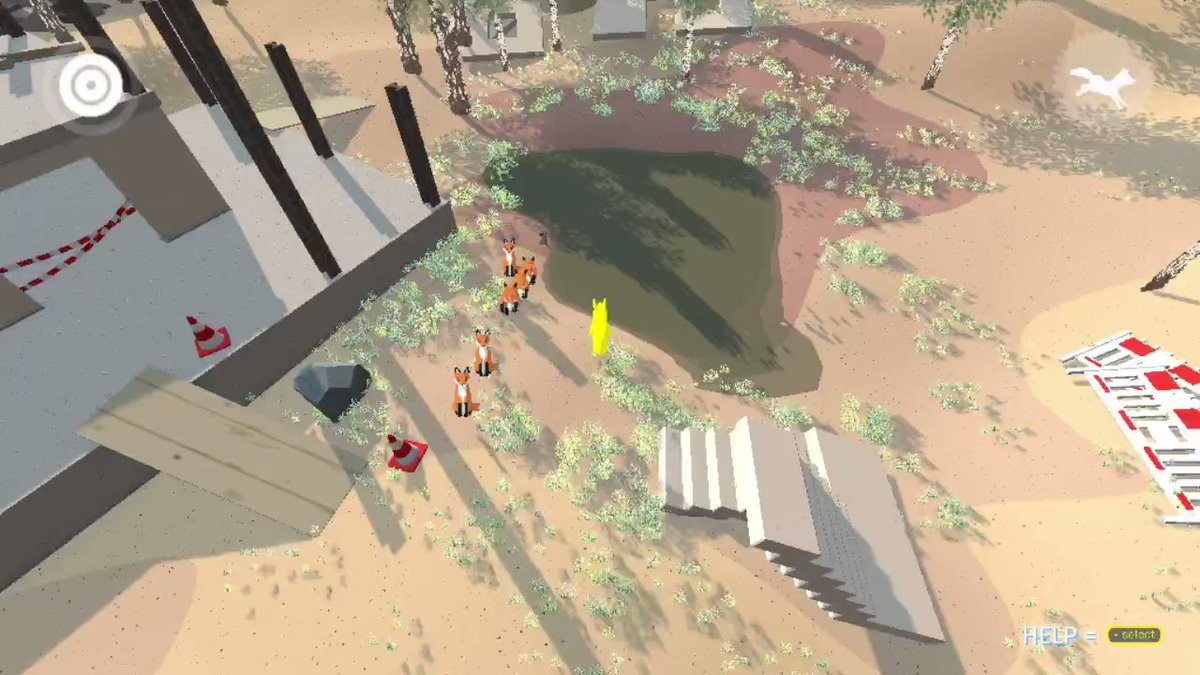 The past two weeks have been wild ones thats for sure.

As our Project Manager Zenker packed his things for his very certainly earned holidays we, who have been left, needed to get our things together by ourselves. The PGA is ahead, our first fair and we want to look as good and professional as it suits us.

Part of our schedule was to adjust our plans again. One of our internships (Sir Harry) turned out to be a little bit too professional for the internship-standard which led to some surprising new tasks concerning Blender-3D-modelling and the implementation of those models in Godot.

At the same time we had to cut some design features like sequences. But we are lucky to have Liv here our second intern. She and Sir Harry and myself, are now working on an, lets say, a surrogate which shows the idea of the sequences in a cool fashion. Btw: If someone asks you for an internship and you have none: Take them! It loosens up the atmosphere every once in a while and supports your development. (Of course treat them nicely, be supportive and for once prefer people who are not white and male)

Me myself I was balancing and doing some small stuff, like revising texts, fixed some bugs concerning the grasses, adjusting the controls and make small missions to play through.

It is really not easy to have a ecosystem-model which runs on its own and design some missions in there. The most difficult part for me personally is to balance the power of the player and the autonomy of the world. On the one hand site we want the player not to be overpowered so he feels part of the world and that was our main goal: make the players feel to be more part of something rather having power over it. But guess what happens, if I watch people play it…. They do not pay attention to our ecosystem very much. They want to manipulate the whole time, they want action.

There was barely anyone who did not say: ‘Can I jump?’ I would love to scream: ‘That makes no sense in this game! And there is no necessity for this mechanic!!’ Why don’t they clap??? They could! Its fun as well to make beats, I do it all the time while playing. Is that simply because they are not used to do so? Sometimes it is hard to see people wanna play an Action-Jump-And-Run-Shooter. It is a game about patience and watching. Seems like nobody get this intuitively.

I remember the first scenes of ‘Below’. Its a beautiful Indie-Rogue-Like. The intro-sequence starts extraordinarily slow and makes you wait. The pace of the first playing minutes holds back as well. It gives you immediately the feeling: Okay, there is no room to rush here.

On the other hand: An ecosystem gets out of control pretty easily. And you may have to react fast. Also our characters are a bunch of hasty Tricksters. There are many things to perfect.

Oh man and the UI.

You see I started talking about the PGA and ended somewhere totally else. This is how game-development feels to me sometimes. There are so many things to be aware of and everything is entwined and when you think, that may be fine now, SOMEONE PLAYS IT AND HAS ISSUES!!!!!

While we are at it: Thank you for testing (you sweet, marvelous nags)